And Mike Morhaime, the CEO & co-founder of Bizzard Entertainment, was quick to recognize the overwhelming response that Diablo III was successful in generating among the gamers worldwide. He said, “We’re definitely thrilled that so many people around the world were excited to pick up their copy of Diablo III and jump in the moment it went live”. 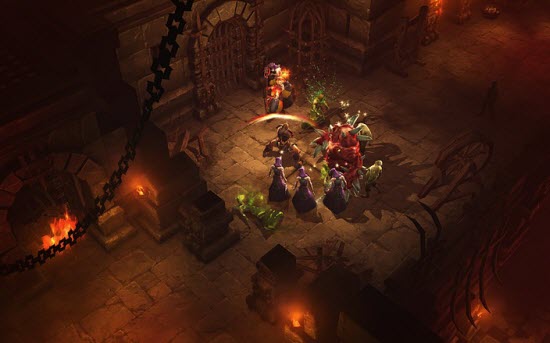 Diablo III is presently available for the Windows and Mac operating systems and has been priced at 59.99 USD for both of its version that is digital version which is being directly sold from Blizzard and also for the DVD-ROM version too. It has also received a Mature rating from ESRB.

Diablo III is the latest and the most exciting game in the Blizzard’s action-role-playing-game series. It can be played in both of the formats as a single player game or even in a multiplayer format too and requires online (internet) connectivity. Gamers witness the epic Diablo storyline and can take up either of the roles of the five heroic characters available namely barbarian, demon hunter, monk, witch doctor or wizard.

They then begin on their dangerous journey and mission to save the world of Sanctuary from the evil forces of the Burning Hells. Gamers continue their quest encountering hordes of monsters and challenging bosses. As the game progresses the players increase their combating ability by acquiring powerful artifacts. They are joined by other characters as well who aid and support them in battle.

Diablo III has been designed on the Battle.net platform and is empowered with an intuitive and interactive interface. Gamers get to play a fast-paced action packed game in Diablo III. So, you too can join the million of gamers around the world who are already enjoying the excitement of playing Diablo III. Diablo III – The fastest selling PC game ever – is really a fantastic PC game too.