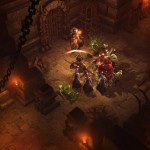 Solving mysteries is a great fun you have to get along with clues one clue gives you direction to the next clue which adds excitement, suspense and entice you to solve the mystery and carry on with the game. Doors of the Mind: Inner Mysteries a Hidden Object Game (HOG) with a different concept a storyline that gives you the fun of solving puzzle and completing the story too. END_OF_DOCUMENT_TOKEN_TO_BE_REPLACED