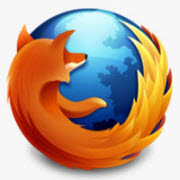 Of late Mozilla has moved to a rapid release development cycle for its well known and popular open source web browser, Firefox and has now come up with its latest version Firefox 12. Mozilla’s launch of Firefox 12 brings a big improvement in the browser’s update system on Windows along with some upgrades in its features and fixes under the hood. END_OF_DOCUMENT_TOKEN_TO_BE_REPLACED

Finally Apple CEO Steve Jobs announce the iPad 2. The previous version of iPad has already sold over 15 million units and is expected iPad 2 will continue this success. iPad 2 is much thinner, faster and comes with 2 camera. END_OF_DOCUMENT_TOKEN_TO_BE_REPLACED