Deviating the attention of users from the Android phones, Samsung is now ready to explode the world with its new Windows Phone. After HTC Titan; Samsung Focus S and Samsung Focus Flash gets headed to AT&T this season under the genre of Windows 7.5 Mango phones.

New Samsung Flash S is a Windows phone which comes with AT&T at a price of $199 with contract and if you see the phone on first look you will find the tint of Galaxy SII in it. Windows phone Samsung focus S is an ultra slim phone with 8.5mm thinnest width with powerful features. Let’s review the phone in detail to know its every aspect.

All About Samsung Focus S

Looking at the façade, the phone has a 4.3-inch Super AMOLED Plus display with deeper and richer colors which makes the images more vivid and real and even at the dimmest brightness of phone the screen remains visible under the sunlight. The phone dimensions 4.96″ x 2.63″ x 0.33″ and weighs 3.9 ounces making it handy and slimmer. More specifically it is about 8.5mm at its thinnest point making it stylish, beautiful and very easy to slip into the pocket of your tightest jeans. 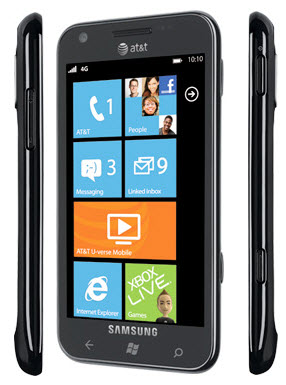 Software: Samsung Flash S runs on the latest Windows Phone 7.5 Mango operating system, just like Focus Flash and has a 1.4GHz processor to make it really fast performing. The phone is enriched with apps such as Neo-Now 2.0 (exclusive to Samsung) let you check essential info at any time and built-in Twitter and LinkedIn, a linked inbox to see all your email messages in one place and Local Scout, powered by Bing.

Camera: The main camera of the Focus S is of 8 megapixel with LED flash and digital optical zoom of 4X which is capable of capturing crisp and saturated images even at night and there is a front camera of 1.3MP to take the self portrait or for making the video callings. The 4G capability of the phone makes it further likeable during a video call. Video capturing feature of the phone is also impressive and records the moments at 720p. 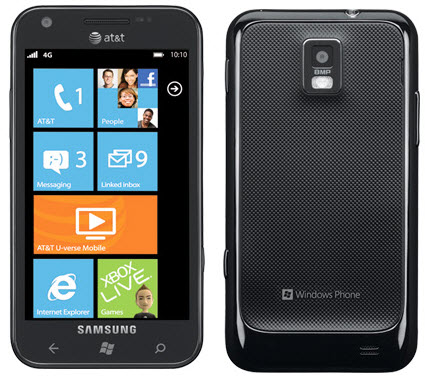 Battery and Performance: Samsung Focus S powers a 1650mAH battery which gives you a talktime of up to 6.5 hours and stand by time of up to 250 hours.

Verdict: Based on Mango, Focus S hums along nicely and the Super AMOLED Plus display of 4.3inches perfectly highlights the stark beauty of Microsoft’s mobile OS. AT&T promises to give the best of speed with its 4G network and the phone with its finest of features will surely fight the battle with the HTC Titan.