Have you heard of a 12MP camera in a mobile phone (I am not talking about digital cameras)??
Nokia one of the top company of mobile handsets introduced a phone with 12MP camera, the Nokia N8, giving a new a definition to mobile phones. 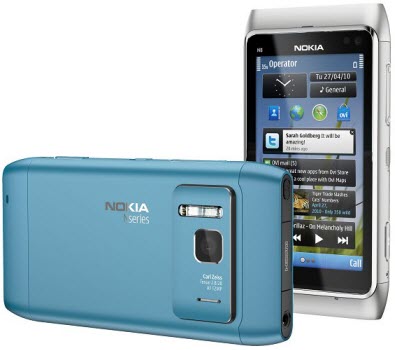 Appearance and Display: In the sea of worldwide touchscreen phones, Nokia N8 seems to throw a unique impression. Nokia n8 has anodized aluminium monocoque body and has a wide range of available colors silver white, dark grey, orange, blue, green and pink. Dimensioning 113.5 × 59 × 12.9 mm and weighing 135gms the phones marks its main difference with the 12MP camera at the back.

Nokia N8 is the second Nokia to have a capacitive touchscreen, following the X6 and a 3.5-inch AMOLED display stretching to 640 x 360 resolutions coated with gorilla glass for protection from scratches. 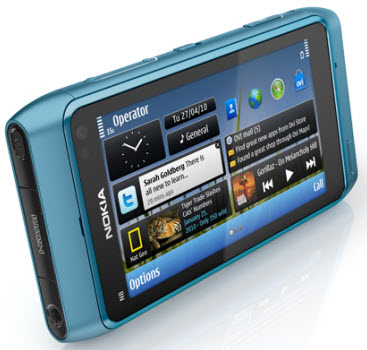 The other additional features includes 802.11n Wi-Fi, Bluetooth 3.0 plus A2DP, GPS (both the real and assisted kind), USB On-The-Go support, a 1200mAh battery, 16GB of built-in storage, and of course a MicroSD slot for adding up to 32GB more.

Camera: The biggest distinguishing feature is of course the protruding camera compartment on the back, which boasts the world’s largest image sensor yet seen in a 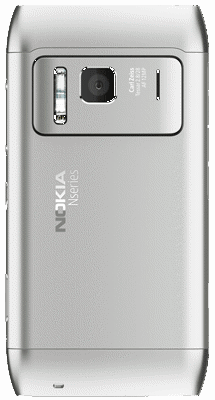 Smartphone, a Carl Zeiss lens, a Xenon flash. Nokia N8 has the 12 megapixel autofocus camera with Carl Zeiss optics and a fullscreen 16:9 viewfinder with easy-to-use touch-screen parameters and a Secondary camera for video calls (VGA, 640 x 480 pixels). The camera does the video recording of HD quality at 720p resolution and Shoot 16:9 videos in HD.

The N8 camera truly is a photographer’s delight. It excels at taking pictures and is competent at recording video.

Finding of fact: Overall, we can say in no uncertain terms that the N8 is easily the best Symbian device that Nokia has ever made. The exclusive 12MP camera marks a strong impact but the 3.5 inch screen may dismay the users as for now 3.5” seems to look a bit on the small side.