Undoubtedly, iOS 6 was among the most expected Apple version of the operating system due to which its release has triggered a worldwide gossip amongst the tech savvy users. There is no doubt that this version of the operating system has several advantages for both the end users and developers. Although there are some limitations or disadvantages as well, the advantages or features tend to outshine, especially for the developers. As a fact, there are a few features that are still in the research phase for designing distinctive and premium apps. Despite this, one thing is for sure that there are a few features or benefits of iOS6 that have allured developers from the different parts of the world to work on it. So, let’s now take a look at those features of iOS6 that have always won the hearts of mobile software developers across the world. 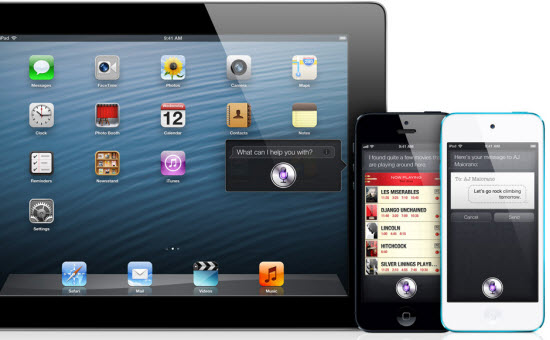 This latest iOS6 feature is advantageous to the developers as well as end users. Before the introduction of iOS6, it was been said that many software developers were misusing information stored in the address books of the users by uploading it to the public servers. This was possible because the developers had access to the address book. However, this is no longer an issue with iOS 6. With this latest version, users are given the liberty to permit or not to permit the developer for using any personal data. This data not only include the one that is stored in the Contacts folders but also that is stored in Photo Library, Calendars, and Reminders. Because it is the user’s choice to deny or allow access to personal details, developers wishing to use such information need to give out unique reasons for it. In this way, developers are no longer accused of illegal access to user’s information.

This is one feature that has become the beloved of all software developers, and that there’s a good reason behind it. Previously, the developers had to work with relative layouts, a feature that mobile developers never liked to have. This was because such layouts restricted the app views to a fixed place. What this means is that the mobile apps did not accept multiple orientation without forming a separate view or coding. However, iOS6 has eliminated this problem forever by offering the auto layout feature. By using this new feature, developers can now have one view in relation with the other. There is a property named as the layout manager that aids in finding out the positioning of the orientation across the differently screens. More commendably, there is also backward compatibility introduced so that apps can be viewed properly even on iPhone 5 whose screen size is a bit different.

This feature has made social sharing immensely easier and instant. This new iOS6 framework enables developers to access a simple user interface through which they can connect with the chief social networking sites such as Twitter and Facebook. As a result, it is now possible for developers to exhibit the actions embarked upon by the target audience with the help of labor-intensive tools such as UIActivityViewController. Such tools are now famous as effective sharing means due to their ability to initialize user activities on the social media sites, as well as other activities such as Mail, Print, and Message quickly.

These are some of the ideal iOS6 features that trigger a very strong urge amongst the software developers for creating unique apps for Apple devices. Some more enhancements are expected in the near future, which is believed to open up new doors to some really exciting app activities.

Author Bio: Keith Patton is a computer programmer whose role is to implement security software for a variety of companies. He admires Steve Heyer and wishes that we would be able to imitate the success of Heyer soon, in the computer programming field.