HTC after its windows phone 8X and 8S is back with a Phablet phone HTC J Butterfly HTL 21. HTC has increased the competition for Samsung Galaxy Note. HTC has launched this Phablet phone up till now only in Japan.

HTC J Butterfly HTL21 is packed with all the powerful features. This has a screen size of 5 inches (1920*1080p) having capacitive touchscreen and protected with Corning Gorilla Glass Display to protect it from scratches and normal wear and tear. It also has a pixel density of 440 ppi that many other high end phone do not have. 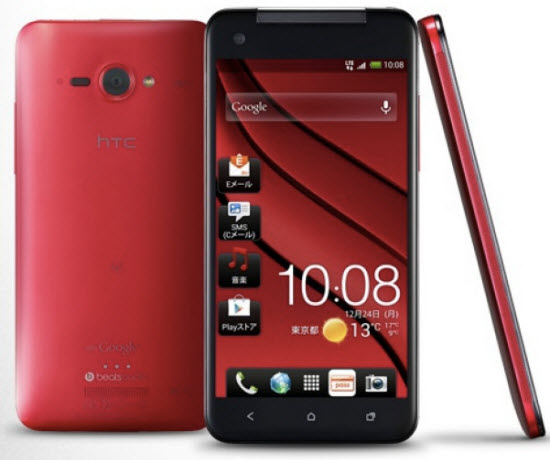 Now its hardware, it has a Quad Core Qualcomm Snapdragon S4 processor with 1.5 GHz and a RAM of 2 GB. It has an internal memory of 16 GB and can be expanded upto 32 GB using a micro SD card.

HTC J Butterfly HTL21 has a battery of 2020mAh which is small in comparison to Samsung Galaxy Note II battery which is of 3100mAh. It is available in red, black and white color.

HTC J Butterfly HTL21 Phablet phone has all the features that a smartphone should have in it. The only drawback is that it is launched only in Japan and that too will be available at the end of this year near Christmas. HTC has not announced that will it be launching this phone in other states or countries or not.