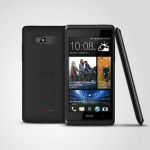 HTC has always been in the forefront of mobile manufacturing. Its wide range of Android Smartphones has captivated and thrilled the mobile lovers from all across the world. It’s each, and every Smartphone bears true resemblance of style, power, performance, innovation and are of course highly user friendly too. END_OF_DOCUMENT_TOKEN_TO_BE_REPLACED 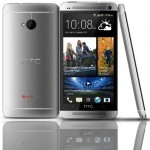 The Taiwanese technology giant and one of the world’s leading Smartphone manufacturers, HTC is in the news yet again. And this time it is for its latest and technically advanced Smartphone, The HTC One. Yes, HTC has launched its much awaited Flagship Smartphone – The HTC One. The Smartphone, HTC One will be available across the world in the month of March. HTC One will come in two models of 32GB and 64GB and will be priced at $199.99 and $299.99 respectively. END_OF_DOCUMENT_TOKEN_TO_BE_REPLACED