Samsung, a strong player in the market of  desktop computer introduced a new 7 all in one series of desktop which powerful features, unique design and touch screen user interface. The Samsung Series 7 All-in-One PC DP700A3B comes in two models at a price of $999 and $1,999.99 with some variations in the specifications.

The looks of the desktop attracts the attention of the most and has 23inches flat brilliant LED-backlit screen with 1920 x 1080 Full HD resolution. The TV-like design of 16mm thick monitor works great as an Internet TV. The vertical screen can be positioned backwards to a full 90-degree flat position making it suitable for touch games. 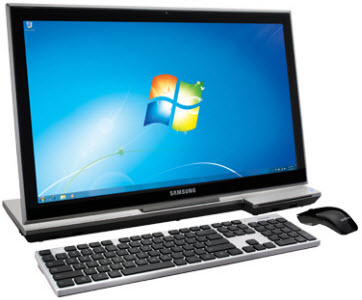 Internal Specs: The DP700A3B comes with a 1TB, 7,200rpm hard drive more than enough for the use and has an upto 8GB System Memory to make it really fast. The desktop also comes with a wireless keyboard and mouse thus allowing you to locate yourself according to the convenience. 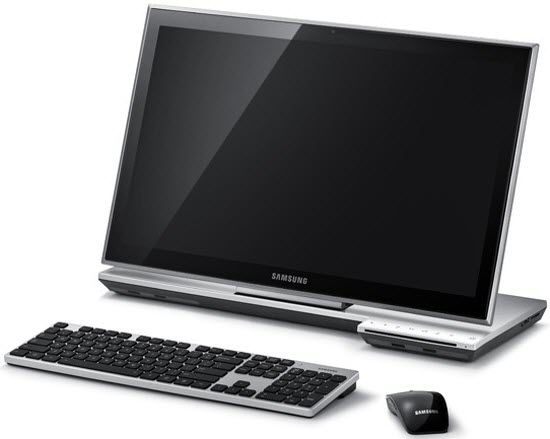 There is an external port for HDMI output and the desktop has 1 high speed USB 3.0 port and 4 USB 2.0 ports. The desktop consumes the power of 120W and gives you top performance. 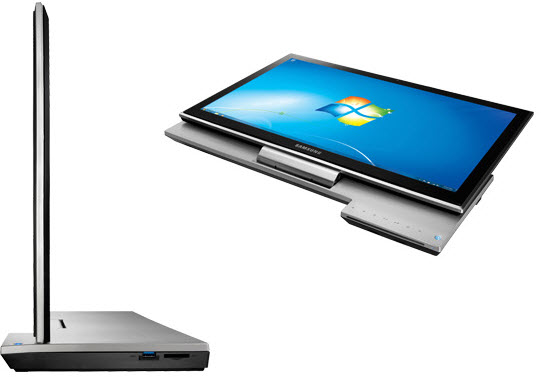 Overall, the Samsung series 7 gives you all in one performance with better touch and improved features. Samsung has given a tough competition in the market and is marking its place in the computer world apart from the Smartphones and other gadgets.