HTC mobile introduced some new phones to serve its users and to provide them with new technology in optimum price. The HTC Hero S is available now for $199.99 with a two-year contract with US Cellular. The HTC Hero S sports a compact and solid design with large screen and faster speed.

The design of the phone is sleek and smart and has a high-quality construction with an aluminum unibody design and soft-touch finish. Dimensioning 4.78 inches X 2.43 inches X 0.46 inches and weighing 4.59 ounces, this HTC hero S Smartphone is handy and easy to hold. 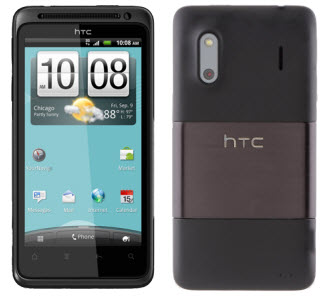 The phone has a 4-inch qHD S-LCD capacitive touch screen that’s both sharp and bright and has 960×540 pixels resolution. Below the display there are four standard Android buttons: home, menu, back, and search. The Smartphone offers 4GB of internal memory and also comes with a preloaded 8GB microSD card, though the expansion slot can accept up to 32GB.

The phone runs on an Android 2.3 (Gingerbread) operating system with the latest HTC Sense and has a 1.2GHz processor and 768MB RAM. The latest version of Sense offers a number of enhancements, many of which can be found on the lock screen moreover you can open the specific app by simply dragging the icon to the ring at the bottom of the screen, instead of having to unlock the phone first.

The camera of the phone is of 5MP with auto focus/ flash and a 1.3 MP front camera. The camera app offers a number of tools and editing options and is capable of 720p HD video capture. Picture quality under low-light condition did not gets damaged.

The HTC Hero S is a dual-mode GSM/CDMA world phone. The Smartphone works on U.S. Cellular’s CDMA network in the U.S with the feature of unlocking the SIM. The Hero S also offers a speakerphone, conference calling, voice dialing, and text and multimedia messaging. Wireless radios include Bluetooth 3.0, Wi-Fi (802.11b/g/n), aGPS. It’s also 3G capable and can be used as a mobile hot spot for up to five devices.

Overall, the HTC Hero S satisfies with the features and functionalities but still 4 inch screen lags behind the 4.3 inches models of Samsung. The new HTC sense features many new options to make the user interface more attractive and easy to use.