HTC 8X has camera of 8 megapixels with LED flash at its rear but HTC has given a uniqueness to its front facing camera with 2.1 megapixels and a ultra wide angle lens of 88 degree which is amazing for using Skype on your smartphone. It can make video recording with clarity of 1080 pixels. HTC 8X has an internal storage of 16 GB which cannot be expanded. For connectivity it has Bluetooth and Wi-Fi both. HTC 8X has very powerful headphones with beats audio first time in a Windows phone. 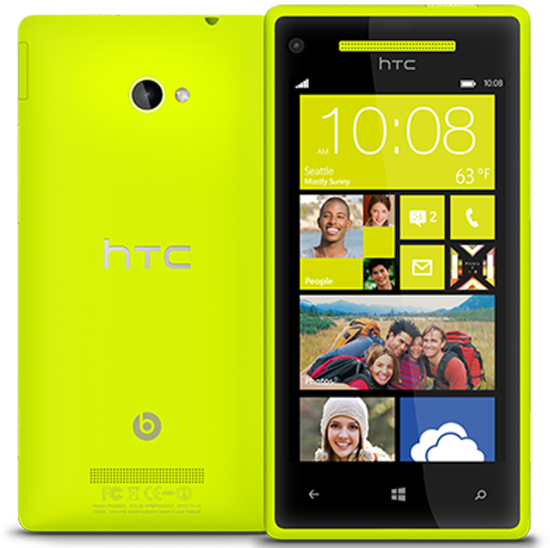 HTC 8S is another Windows 8 phone launched by HTC with HTC 8X. The unique feature of HTC 8S is that it is a budgeted Windows 8 phone. HTC 8S has s screen size of 4.0 inches with WVGA LCD resolution and with Gorilla glass coating on the top of the screen. HTC 8S has a dual core S4 processor of 1 GHz with a RAM of 512 MB.

HTC 8S has a camera of 5 megapixels with auto LED flash at its rear and a very big short coming of no front facing camera. It rear camera supports video recording of 720 pixels. It has an inbuilt memory of 4 GB which can be easily expanded upto 16 GB using a micro SD card. For connectivity it has Bluetooth, WI-Fi and internal GPS antenna. HTC 8S has a Li-ion battery with 1700 mAh capacity. HTC 8S is available in four different colors Domino, Atlantic Blue, Fiesta Red and High-Rise Gray. 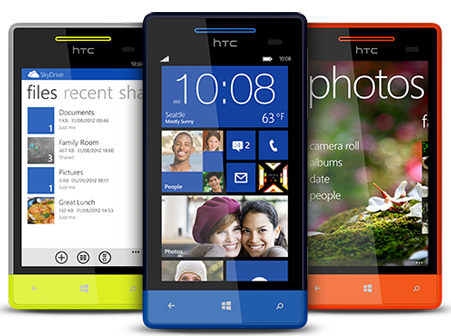