Chrome team enabled GPU-accelerated Canvas2D (capable Windows and MAC computers) in Google Chrome 18 which gives web application to perform just like the pure software implementation this means your online games runs in your browser just like the game installed in your computer. New Chrome enabled with SwiftShader, software for user who have older configuration with this software they will be able to access to basic 3D content on the web. But this software is backed by WebGL so it’s never going to perform as it performs in real GPU still it will be an improvement for many of our users on older operating systems such as Windows XP. 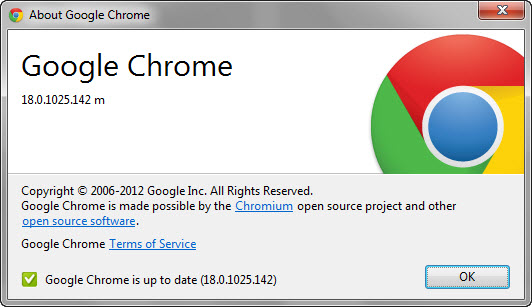 As we all know security is a key feature of Google Chrome browser that is why Google organize Pwnium competition every to study the vulnerability in Google Chrome security and in the last Pwnium contest Google Chrome team get following exploits submission:

These bugs have fixed in this new stable version of Google Chrome 18.0.1025.142 and the new Chrome also got updated with latest Flash Player 11.2 to enhance your multimedia experience in Desktop and in your Mobile device too.