The use of virtual private networks, or VPNs, is becoming more popular. One of the most powerful features of a VPN is its ability to safely encrypt and transmit data. With a China VPN, users can securely access the Internet, even over unsecured connections. Even if, hackers manage to intercept a data transmission, the encryption will ensure that the data is useless to them.

VPN Protocols
A quality China VPN will offer it’s users a choice of protocols. The way in which the data is encrypted, and transmitted depends on the chosen protocol. The most commonly used protocols are PPTP, L2TP/IPsec and OpenVPN. These protocols offer to vary degrees of security, speed and ease-of-use.

• PPTP (Point-to-Point Tunneling Protocol) – This is the most commonly used protocol. It is built into most devices and is therefore easy to configure. This protocol can provide users with fast connection speeds, stability and ease-of-use. Data is encrypted at 128-bits, which while on the low-end for VPN encryption, is more than sufficient for the casual user. PPTP does have some known security vulnerabilities, but these are very difficult to breach. 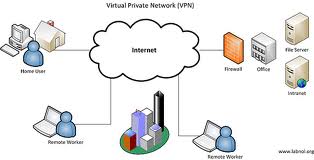 • L2TP/IPsec (Layer 2 Tunneling Protocol with IP security) – This is the most secure protocol, tied with 256-bit OpenVPN. It provides the user with 256-bit data encryption and further protects security by encapsulating data twice. It is supported by most devices but does require a bit more effort to install as custom configuration is necessary. However, because of the increased encryption and encapsulation, this protocol uses a lot of system resources. Users should therefore expect a slower connection and may notice their device working slower as well.

• OpenVPN– This protocol can offer users fast speeds and a choice of 128-bit or 256-bit data encryption. The increased data encryption will require more CPU usage. OpenVPN has no known vulnerabilities. It uses digital certificates to authenticate data on both ends of the connection. OpenVPN is very stable and can provide a reliable connection even over wireless connections. However, it is supported only by desktop computers. Use of this protocol requires the user to download software.

How to choose the best protocol

When subscribing to a China VPN, users are usually presented with the option of choosing one of these three protocols. The best decision is dependent on the user’s needs and equipment.

For desktop PC users, the obvious best choice of VPN protocols is OpenVPN. However, if these users wish to protect other devices such as a tablet computer or a laptop, they will need to use a different protocol on these devices.

For the casual user who will be accessing the Internet through a mobile device, the best protocol choice is PPTP. It is easy to install, provides a fast connection and can adequately protect the user’s personal information.

For users who need to send extremely sensitive or classified documents on mobile devices where OpenVPN isn’t supported, the best choice is L2TP/IPsec. Though it will result in a slower connection, the increased security will best protect information that would be very valuable in the wrong hands.