The New Year 2012 dawned with a lot of promise in the field of graphic cards. While AMD launched its new Radeon 7950, NVidia came up trumps with GeForce GTX 580. These two have aroused great excitement in gaming developers and graphic designers.

A graphic card is a video card which generates output images to a display. Most of the graphic cards are used to offer a plethora of functions such as 2R graphics and 3D rendering. Graphic hardware is often integrated into the motherboard. The modern motherboards include a graphic chip set that has a small amount of embedded memory on it. However, a graphic card has its own processor and RAM that is exclusively made to process video images. This unburdens some of the load on the CPU and the system RAM.

Nowadays, almost all motherboards have a PCI slot for speedier and better performing graphic cards. There are many companies in the market that manufacture graphic cards. Of these, NVidia and AMD are the undisputed leaders offering some of the most complete packages of graphic processing on their graphic cards. 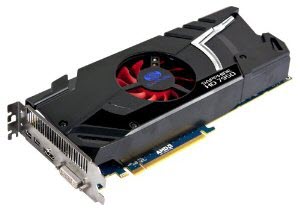 The Radeon 7950 comes with a 384-bit memory bus accompanied by a complete back-end configuration of 32 ROPs. Performance wide, this graphic card delivers what it promises and is surely a power packed graphic card. It definitely stands on par with the GeForce GTX 580. The Radeon 7950 is priced at approximately $450. The new laptops and tablets have in built graphic cards which make computing and gaming easier and more interesting.

2. NVidia’s GeFoece GTX 460
NVidia’s GeFoece GTX 460 is the next big thing in graphic cards with an impressive 256-bit processor, and a 1GB memory card. The card is good in all aspects except speed. It is priced at approximately $140 to $160. However, it is the Fermi graphic card from NVidia that stands out in a crowd. Rumors put it that NVidia will shortly roll out the first Kepler based part in the coming days.

The other AMD graphic cards available are Radeon HD 5500 and 5600 cards. Replacing these on the shelf is Radeon HD 6670 DDR3. This card has overpowered the otherwise popular Radeon HD 5670 which comes equipped with GDDRS. Even though the 6670 has a slightly faster GPU, its memory bandwidth is nothing to boast of. Radeon 5670 is still preferred over 6670 for this reason. Moreover it has an approximate price tag of $70.

4. NVidia’s GeForce GTX 570
This is a more simplified and safe design from NVidia and offers performance on par with the GTX 480. With an admirable speed, this video card is a 3D- beast PCI Express accelerator card. The GPU comes as a single unit on the board but has a price tag of approximately $499.

5. NVidia’s GeForce GTX 450
This graphic card from NVidia is a DirectX 11 graphics card that comes at a price tag of around $129. It provides plenty of horsepower for gaming on small monitors and 22-inch screens. This graphic card has the Fermi architecture and gives an enviable performance with its DX11 features. 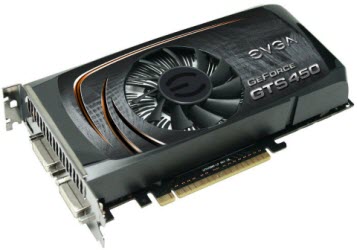 Looking at the variety of graphic cards to choose from, graphic card admirers can make merry by indulging in a card of their choice within their budget. The future seems to be bright with many more upgrades made in the upcoming graphic cards.

About the author: Margaret is a blogger by profession. She loves writing on environment and technology. Beside this she is fond of books. She recently bought cool gadgets. These days she is busy in writing an article on online storage.