AVG has upgraded all his protection software to a new level. All the new software’s are named as 2013 edition. The unique feature is that it has made available both free and paid upgrades. AVG has changed the interface completely and made it much easier to use. 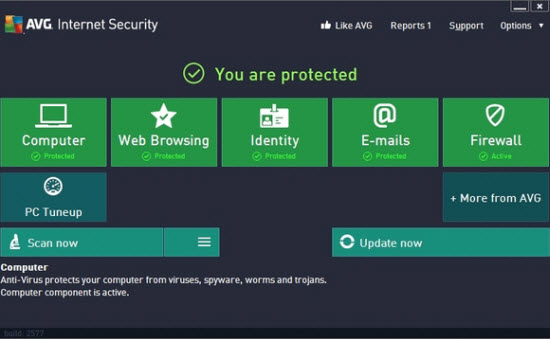 AVG Internet Security 2013
AVG Internet Security 2013 is an award winning internet protection. It interface has also been changed compatible for Windows 8. It has many features that provide you complete protection. It detects and stops the viruses, malwares, rootkits, spyware, scan both emails and links before opening it, it can easily download and share files securely without any threats, prevent online spam and scammers, it also detects and protects instant messaging viruses, it even keeps your email sheltered, protected your information while doing banking transactions online, the speed to scan videos has also increased and many more.

AVG Antivirus free 2013
The most unique feature on 2013 upgrades is that it can be downloaded for free. The free software protects your computer from viruses, malwares and much other type of threats. It performs all the basic functions that an Antivirus perform to protect your computer. You just can’t stops instant messaging viruses and share files safely if you using the free version of AVG Antivirus free 2013.